When Medicare Choices Get ‘Pretty Crazy,’ Many Seniors Avert Their Eyes

A new study shows that more than half of enrollees don’t review or compare their Medicare choices annually.

This is the time of year when seniors face a barrage of messages about their Medicare coverage — everything from insurance companies’ direct mail blitzes and television ads to the federal government’s emails and mailings.

All of it focuses on the fall open enrollment season, the annual opportunity to change coverage. From Oct. 15 until Dec. 7, enrollees can shop Medicare’s marketplace for the prescription drug and Advantage plans offered by commercial insurance companies. They can also switch between fee-for-service original Medicare and Advantage.

And they will have plenty of choices: Next year, the typical Medicare enrollee will be able to choose from 57 Medicare prescription or Advantage plans that include drug coverage, according to the Kaiser Family Foundation.

It hasn’t always been this way. At its creation in 1965, Medicare was envisioned as a social insurance program. All eligible workers would pay into the system during their working years via the payroll tax and pay uniform premiums when they enrolled at age 65 — and they would all receive the same coverage.

But privatization of Medicare began in the 1990s, encouraged by federal policy and legislation. The marketplace approach accelerated with the introduction of prescription drug coverage (Part D) in 2006 and the rapid growth of Advantage over the past decade.

That notion hinges on having consumers roll up their sleeves to compare products and make changes in order to get the best prices and coverage. But a new study by the Kaiser Family Foundation finds that often doesn’t happen.

The study, based on Medicare’s own enrollee survey data, found that 57 percent didn’t review or compare their coverage options annually, including 46 percent who “never” or “rarely” revisited their plans. Strikingly, two-thirds of beneficiaries 85 or older don’t review their coverage annually, and up to 33 percent of this age group say they never do. People in poor health, or with low income or education levels, are also much less likely to shop.

“A large share of the Medicare population finds this whole task pretty unappealing, and they just don’t do it,” said Tricia Neuman, director of the Medicare policy program at the Kaiser Family Foundation and a co-author of the report. “That raises questions about how well the system is working.”

The indifference can’t be chalked up to a shortage of information.

Each September, Medicare sends an Annual Notice of Change document (via mail or email), which lists the changes in a person’s current coverage for the year ahead, such as the premium and co-pays. Medicare also mails a thick handbook, “Medicare & You,” containing detailed information about plan options. A flurry of email alerts urging enrollees to shop their coverage using the Medicare Plan Finder website also go out each fall.

Insurance companies flood the airwaves and mailboxes with advertisements and brochures.

None of it is working very well. The Kaiser study found that 44 percent of enrollees had never visited the Medicare website, with another 18 percent reporting that they did not have access to the internet or had no one to go online for them. Only half reported that they had reviewed “Medicare & You.” Just 28 percent have ever called the Medicare help line (800-MEDICARE) for information; the rest have never called or were not even aware the line exists.

Why shopping is important

If you’re enrolled only in original Medicare with a Medigap supplemental plan, and don’t use a drug plan, there’s no need to re-evaluate your coverage, experts say. But Part D drug plans should be reviewed annually. The same applies to Advantage plans, which often wrap in prescription coverage and can make changes to their rosters of in-network health care providers.

“Plans can not only change the monthly premium but the list of covered drugs,” said Frederic Riccardi, president of the Medicare Rights Center. “And they can change the rules around your access to drugs, or impose quantity limits or require prior authorizations.”

Why we don’t do it

Complexity is a key issue. Kaiser found that 30 percent of enrollees said the Medicare program was either “somewhat difficult” or “very difficult” to understand, and those percentages were higher among younger people on Medicare who have disabilities or are in poor health.

These plans are required to meet federal requirements in terms of covered benefits, cost sharing and other features. But drug plans have tiers with varying co-payments, coinsurance, and preferred options for brand-name drugs, generics and pharmacies.

“The amount of information that consumers need to grasp is dizzying, and it turns them off from doing a search,” Mr. Riccardi said. “They feel paralyzed about making a choice, and some just don’t think there is a more affordable plan out there for them.”

But that assumption can be very wrong. In a review of the 10 most heavily enrolled Part D plans for next year, Avalere Health found several with average premiums jumping by double-digit percentages, with others holding steady or dropping a bit. Kaiser calculates that eight out of 10 enrollees in stand-alone Part D plans will pay higher premiums next year in their current plans.

Anthony Hodge, a 65-year-old Medicare Rights Center client who lives in Massapequa, N.Y., expects to save about $1,000 next year by switching Part D plans. Mr. Hodge has a kidney condition that will require a transplant, and he uses seven prescription drugs. The savings stem from differences in premiums and co-pays, including details such as pharmacies used and the “tier” on which each plan places each of his medications.

“It’s pretty crazy when you review all the different plans,” he said. “You can really get bleary-eyed.”

Supporters of the marketplace approach note that drug plan premiums have generally remained affordable since the Part D program was introduced.

“The existence of these markets, regardless of how consumers actually operate and choose, puts substantial downward pressure on the prices offered by the plans, because any marginal move away from them to a competitor has a big effect on their profitability,” said James C. Capretta, a resident fellow at the American Enterprise Institute whose research focuses on health care, entitlement programs and federal budget policy.

“Even if only 5 or 10 percent of consumers take advantage of the marketplace, it is a powerful check on plans raising costs,” he added.

The average monthly premium for Medicare stand-alone prescription drug plans was $38 this year, according to Kaiser, a slight increase from $37 in 2010. Moreover, 89 percent of Medicare Advantage plans next year will include prescription drug coverage, and 54 percent will charge no additional premium beyond the Part B (outpatient services) premium.

But focusing solely on premiums misses the bigger picture of how the Part D program affects enrollees, said Dr. Neuman of Kaiser.

“Insurers understand that consumers are more likely to compare premiums than other plan features that can impact their annual drug costs, so they have an incentive to offer low-premium products,” she said.

Insurers can extract more from enrollees through deductibles allowed under the Part D program, which the government will cap at $445 next year. Most plans (86 percent) will charge a deductible next year, and 67 percent will charge the full amount, Kaiser reported.

Is there another way?

When creation of the prescription drug benefit was being debated, progressive Medicare advocates fought to expand the existing program to include drug coverage, funded by a standard premium, similar to the structure of Part B. The standard Part B premium this year is $144.60; the only exceptions to that are high-income enrollees, who pay special income-related surcharges, and very low-income enrollees, who are eligible for special subsidies to help them meet Medicare costs.

“Given the enormous Medicare population that could be negotiated for, I think most drugs could be offered through a standard Medicare plan,” said Judith A. Stein, executive director of the Center for Medicare Advocacy.

“Instead, we have this very fragmented system that assumes very savvy, active consumers will somehow shop among dozens of plan options to see what drugs are available and at what cost with all the myriad co-pays and cost-sharing options,” she added.

A model for this approach is the Department of Veterans Affairs, which by law can buy prescription drugs at the same discounted prices available to the Medicaid program, and negotiates deeper discounts on its own.

Getting help with enrollment

If you’re uncomfortable using the internet to search for plans, or don’t have internet access, the State Health Insurance Assistance Programs network is there for you. These federally-funded counseling services provide free one-on-one assistance in every state; use this link to find yours.

OR let Shield Agency Specialist do the work for you.

You can browse plans on the Medicare Plan Finder, the official government website that posts stand-alone prescription drug and Medicare Advantage plan offerings. The plan finder now allows users to sort plans not only by premiums but for total costs, including premiums, deductibles, co-pays and coinsurance payments. 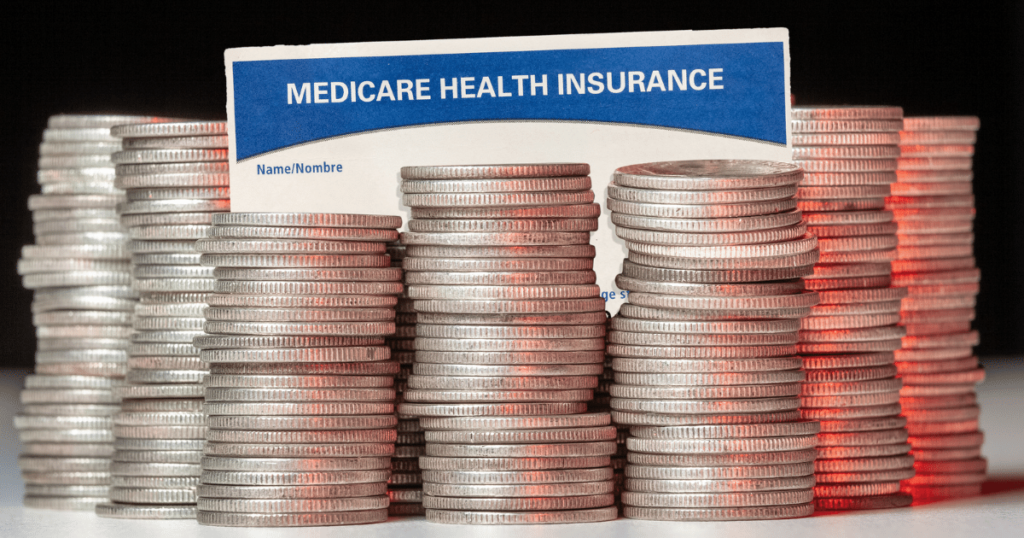