Every week, Shield Insurance Agency draws a winner of a local gift card from its clients and social media followers.

Why? Because we love giving stuff away!

Be sure to LIKE our Facebook Page to get yourself entered to win and see who the winners are!

Shield Insurance Agency has given away thousands of dollars in local gift cards over the last 20 years serving Michigan.

Look who is winning! 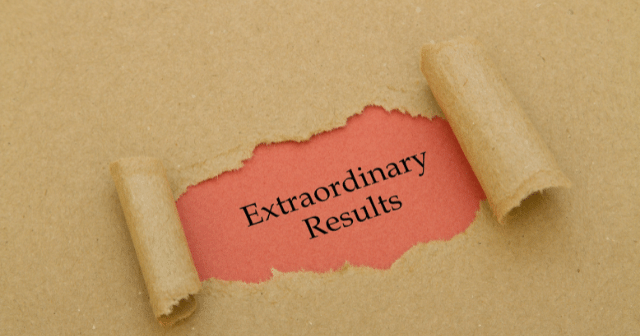 From the pages of our print magazine this year, here are 10 people whose visionary thinking made a difference in 2021

Our alternative honors list celebrates the everyday heroism, incredible feats, and visionary thinking that made 2021 a standout year – for all the right reasons. In no particular order, from our coverage, this year, here are 10 ordinary people who made 2021 extraordinary

1. Justyna Green, the illustrator behind 100 Days of Gratitude

The great pandemic reset has provided time for grateful reflection on the simpler pleasures in life. London-based illustrator Justyna Green set out to capture 100 of the small mercies that helped us through these monumentally trying times – from beloved pets and family members to wild swimming, cheese, and yoga. Her series, 100 Days of Gratitude, is a heartwarming result.

2. Darren O’Brien and Rail to Refuge

Just making the decision to flee an abusive relationship can be daunting enough, without even considering the practicalities. But a journey of 1,000 miles begins with a single step, or – in this case – a train trip. The lifesaving Rail to Refuge scheme, which was dreamt up by station manager Darren O’Brien, was extended in March. It provides free travel for adults and children who are fleeing abuse and has helped more than 1,000 journeys into a brighter future.

3. Sol Escobar of Give Your Best 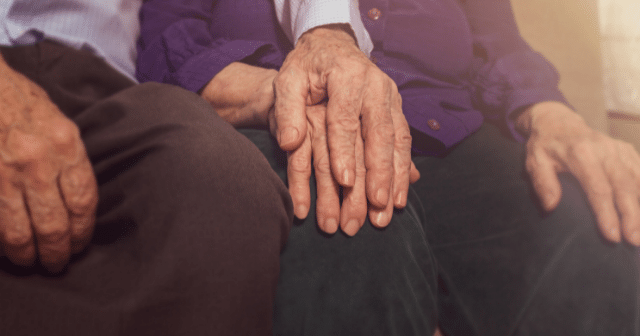 Is your loved one aging in place? Part of helping someone do that successfully involves limiting risks — but at the same time allowing for Mom, Dad or another family member to maintain independence. Consider these smart choices around the house for added safety, autonomy and a sense of connection.

These multipurpose devices function like voice-controlled virtual assistants: Ask to listen to music, set medication reminders, hear the weather forecast or even control compatible home fixtures such as a smart thermostat with the sound of your voice.

Slippery area rugs pose a fall risk and can be tricky to navigate for those who use mobility aids like a walker or cane. If you don’t want to remove area rugs altogether, consider adding a nonslip layer for safety: Opt for a nonskid carpet pad under each rug, or use adhesive corner grips or double-sided carpet tape to secure edges and keep corners from curling. 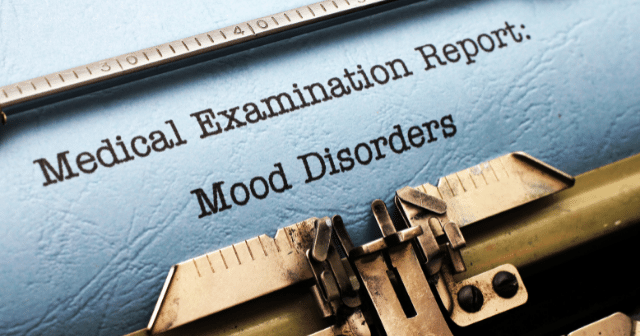 With the pandemic negatively impacting the mental health of 36% of U.S. adults, according to a recent NAMI study, providing support at work is now a business imperative.

If a silver lining can be found in the collective impact the world has experienced throughout the pandemic, perhaps greater awareness around mental health would be it.

“One of the positive things that came out of the pandemic is the de-stigmatizing of mental health,” Dr. Geralyn Datz, president and clinical director for Southern Behavioral Medicine Associates confirmed.

“It’s become okay to talk about mental health; you’ll even hear people say, ‘I’m anxious today’ or ‘[I’m] down today’ or what have you.”

Having the space to be more open about our moods, especially in the workplace, can even be a step toward prevention, as Dr. Ann Hawkins, founder and chief innovation officer for 24hr Virtual Clinic, noted.

It’s not just a matter of occasionally feeling happy, sad, cranky or upbeat. Moods can be “the precursor for many behavioral or mental health situations,” Hawkins said.

Overwhelmingly, U.S. adults are aware of the impact that one’s mood and mental health has on various facets of life. Eighty-six percent of adults who participated in a recent study by the National Alliance on Mental Illness (NAMI) agreed that “mood disorders can significantly interfere with thoughts, behavior, activity, and physical health.” 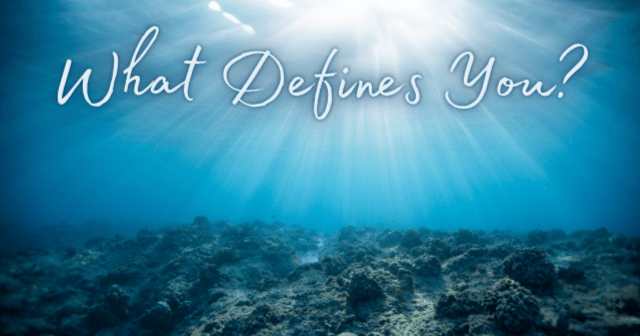 What Defines You? from Green Renaissance on Vimeo.

Opening ourselves up and truly exposing who we are can be scary. We find it difficult to honestly express our insecurities and fears. We stuff our feelings deep down inside and wear a mask on our face that says to the world, ‘I’m fine.’ We live behind walls and avoid being vulnerable.

But to fully feel love and connection, we need to be vulnerable. Vulnerability connects us. It is a great gift we give to another person, when we let them see all of who we are. And this opens the door for them to share all of themselves with us too. 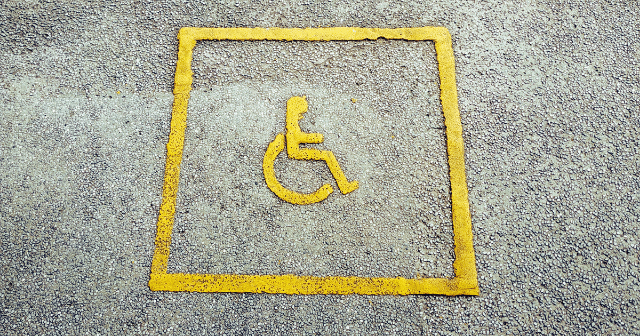 Teenagers have built a bus stop shelter for a five-year-old boy who uses a wheelchair after noticing he got wet while waiting for the school bus in winter.

Five-year-old Ryder Killam has had to battle rain, wind, and snow for about 15 minutes every day, using only a patio umbrella as protection.

But after hearing about his problem, local students in Bradford, Rhode Island, got to work and built him his own bus shelter for the bottom of his driveway during their construction lessons.

Ryder’s father Tim said, “Ryder uses it every day before school and his nurses wait inside it every day while they await his return home.

“He does like to go hang out in it from time to time as his fort as well.

“This project brought out community together a bit, it showed that there is still so much good in this world and town!” 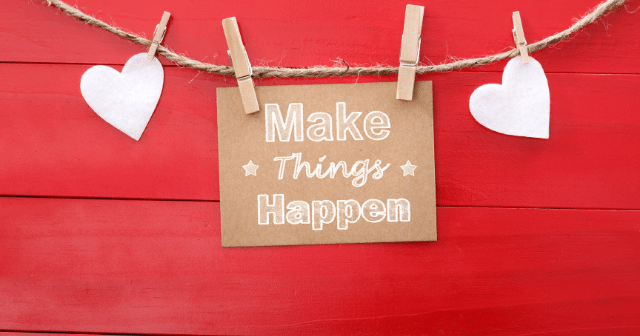 Behind the scary headlines, the human race is making a tremendous amount of progress.

Here in the news kitchen, we hear your complaints: This isn’t the 2021 you ordered. This isn’t the 2021 any of us ordered. Personally, and I think I speak for a lot of patrons of this establishment, I would like to send it back and get one with no Delta variant. Oh, and hold the huge dose of vaccine hesitancy, thanks. I’m allergic to coups at the U.S. Capitol; that should have been listed more prominently on the menu. Who put that damp squib of an international climate change conference on top? Combined with the side dish — a California roll on fire — it leaves a pretty bitter taste.

Still, if you scrape those burned edges off the year’s news, a lot of the stuff underneath is actually really good. We don’t hear or don’t think about it, because nothing grabs the attention like a thing gone wrong. A positive story that continues quietly, year on year (the explosive growth of electric vehicles, say, or the collapse of the coal industry), can seem invisible. But trust us, good stuff is cooking, and we’re not just talking medical science miracles (like the first brain implant to make a blind person see or the first animal kidney successfully transplanted into a human). These are breadcrumbs compared to the big, hearty, global trends, ones that could make the 2020s a much more satisfying decade than the one-star reviews suggest.

So here it is, direct from the news kitchen, our scraped-off version of 2021. All the big stuff that we can be justifiably proud of this year, in 21 digestible bites. Starting with one that is right under our noses:

1. We fully vaccinated half the human race in a year.

Check out the rest of the good news here… 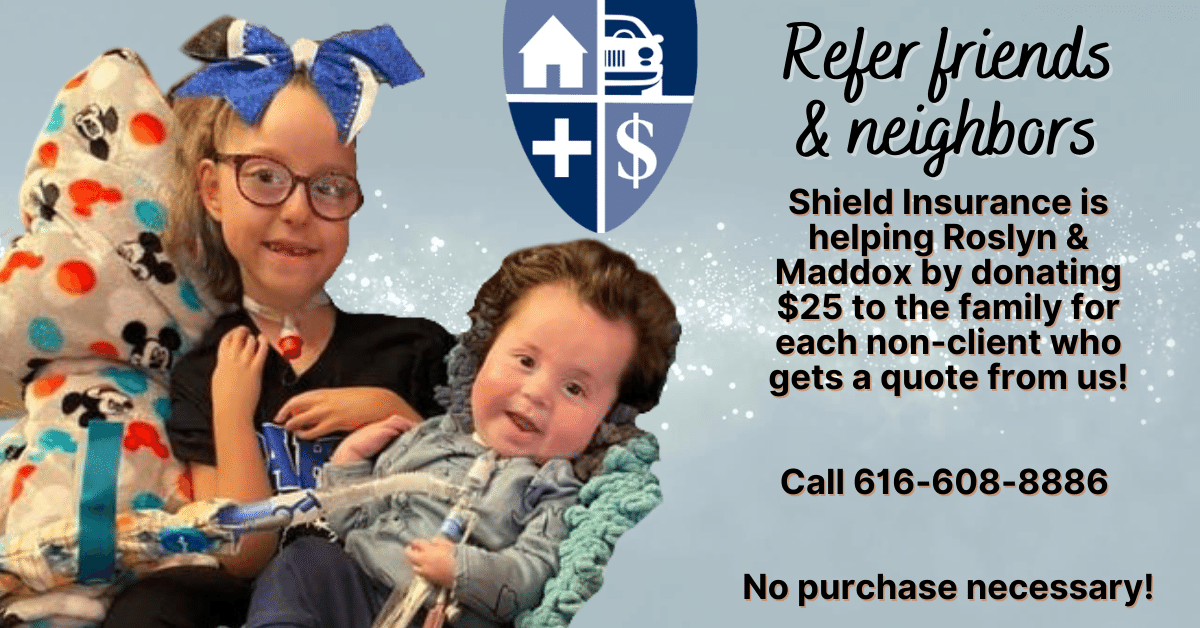 Your referral can make a difference for Roslyn and Maddox who both have a form of Arthrogryposis Multiplex Congenital. Shield Insurance is helping this Sparta, MI family by donating $25 for each non-client who gets a quote from us.

CLICK HERE to get a quote and we’ll donate $25 to them! (Be sure to mention Roslyn and Maddox in the comment section!) You can also call or text the office (616) 896-4600 and one of our agents will take a few minutes of your time to offer up a quote. Don’t forget to mention Ros and Maddox

Have you seen the Shield Insurance Agency Blog Articles? It’s some great stuff! 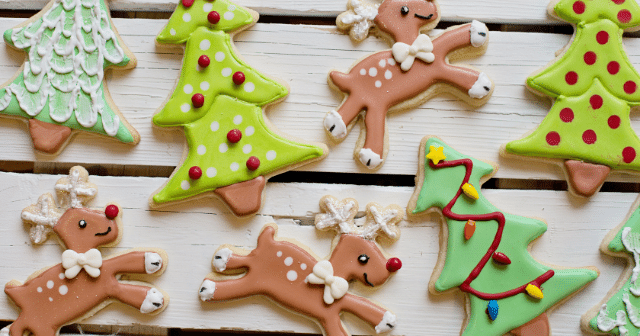 Whenever you make these cookies for someone, be sure to bring along several copies of the recipe! You will be asked for it, I promise!

NOTE: I make icing with confectioners’ sugar and milk. I make it fairly thin, as I ‘paint’ the icing on the cookies with a pastry brush. Thin enough to spread easily but not so thin that it just makes your cookies wet and runs off. 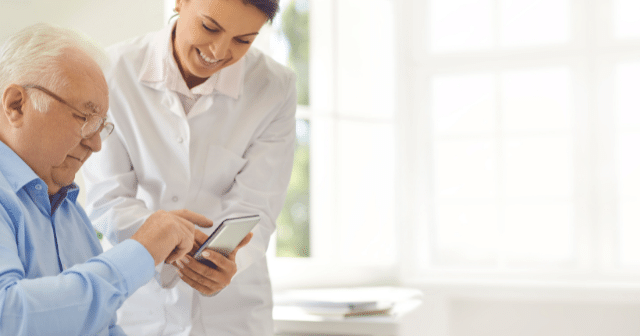 All it took was a five-minute car ride for Jenni Tekletsion to foster a friendship with her 88-year-old Uber passenger.

She met Paul Webb in March 2020, when he called an Uber to take him to a nearby Verizon store to get his cellphone fixed.

Tekletsion, 52, picked him up in her gray Toyota RAV4 at his home in Columbus, Ohio, where he lives alone.

“From the start, we really connected,” she said.

The feeling was mutual: “She was very personable, easy to talk to,” said Webb, who was diagnosed with dementia several years ago and has been unable to drive since having a stroke in 2017.

Only a few minutes into their car ride that day, “I could tell how lonely he was,” Tekletsion said. “I had a feeling that he needed help. I told him I live nearby his house, so I said, ‘From now on, when you need a ride, just call me.’https://fbe8d7153d534fc1148fc787bcfc9583.safeframe.googlesyndication.com/safeframe/1-0-38/html/container.html

“I will take care of you,” she told him, and gave the stranger her phone number. “He trusted me.”

Webb took her up on the offer and called the following day, asking for a ride to a nearby gas station to buy milk.

In a matter of weeks, he called more often, and she also came by to check on him.

“I started coming here every single day after work to take him out to eat,” said Tekletsion, who was working remotely as a banker for a financial institution while also working toward her doctoral degree in business administration at Franklin University, which she is still pursuing.

Click here for the rest of this good news story…