On September 4, 2021, the Joint Base Lewis-McChord Soldiers and the Bureau of Land Management-California’s Folsom Lake Veterans Hand Crew constructed a handline, cleared brush, and dealt with hot spots north of Lake Davis and Portola during the largest wildfire of 2021–California’s Dixie Fire. The western wildfires of 2021 were one of 20 separate billion-dollar disasters that struck the United States last year. (Joe Bradshaw/Bureau of Land Management)

The year 2021 was marked by extremes across the U.S., including exceptional warmth, devastating severe weather and the second-highest number of billion-dollar weather and climate disasters on record.

The nation also saw an active wildfire year across the West as the north Atlantic Basin stayed busy with its third most-active Atlantic hurricane season on record, according to scientists from NOAA’s National Centers for Environmental Information.

Here’s a recap of the climate and extreme weather events across the U.S. in 2021:

Climate by the numbers

For 2021, the average contiguous U.S. temperature was 54.5 degrees F, 2.5 degrees above the 20th-century average and ranked as the fourth-warmest year in the 127-year period of record. The six warmest years on record have all occurred since 2012.

Maine and New Hampshire had their second-warmest year on record with 19 additional states across the Northeast, Great Lakes, Plains and West experiencing a top-five warmest year. Meanwhile, Alaska’s average annual temperature was 26.4 degrees F, 0.4 of a degree above the long-term average and the coldest year since 2012.

Precipitation across the contiguous U.S. totaled 30.48 inches (0.54 of an inch above average), which placed 2021 in the middle third of the climate record. Massachusetts had its ninth-wettest year on record, while Montana ranked ninth driest on record for 2021.

According to the U.S. Drought Monitor, drought coverage remained fairly significant and steady throughout much of 2021, with a minimum extent of 43.4% occurring on May 25 and maximum coverage of 55.5% on December 7. 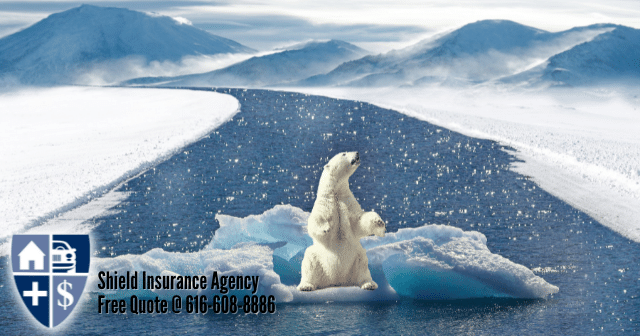