As the first chief actuary of the Insurance Information Institute – an organization designed to help everyone understand insurance better – I was keenly interested in having I.I.I.’s Pinterest board celebrating Women in Insurance Month include perhaps the most famous female actuary, Ruth Salzmann, FCAS.

Ms. Salzmann’s actuarial career began in the 1940s. She was the first female officer at Insurance Company of North America (INA), a company whose founding preceded the American Revolution. INA was the forerunner of CIGNA, and its property-casualty operations live on at Ace Insurance.

In Ms. Salzmann’s early days, the Casualty Actuarial Society (CAS) held its meetings at Union Leagues, some of which lacked any accommodations for ladies, even a restroom. She became the first female president of any North American actuarial association when she took the helm of the CAS in 1978. Read more about Ms. Salzmann’s illustrious actuarial career in the feature article in the May 2005 issue of the Actuarial Review.

Check out the rest of the story… 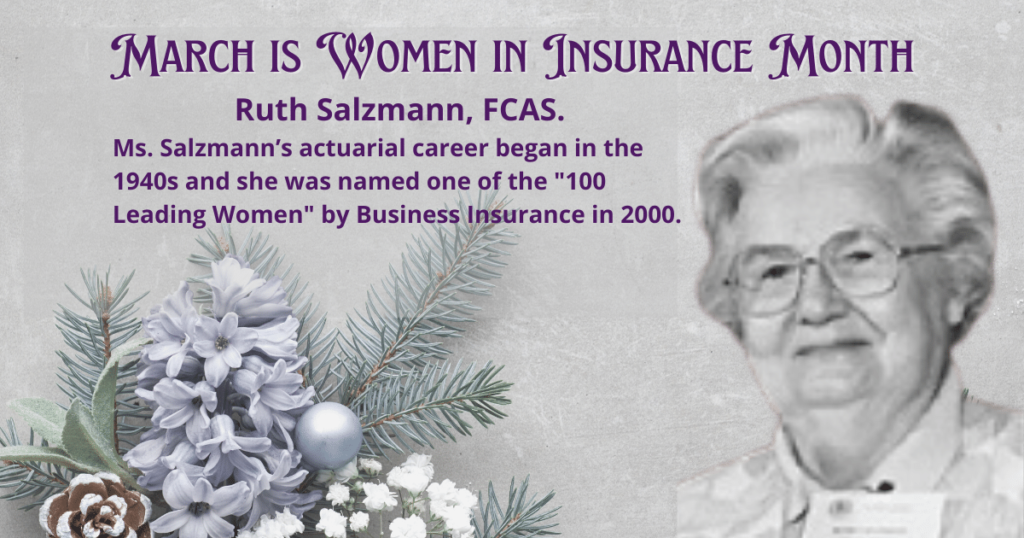